When Hilary Clinton lost the US presidential elections in 2016 she wrote down her thoughts on what played out. She entitled her musings ‘What Happened’ which became a major bestselling book. While she attributed her loss to various factors she did not spare herself from blame. In her own words the most difficult part was when she had to attend the swearing-in ceremony of her rival Donald Trump. 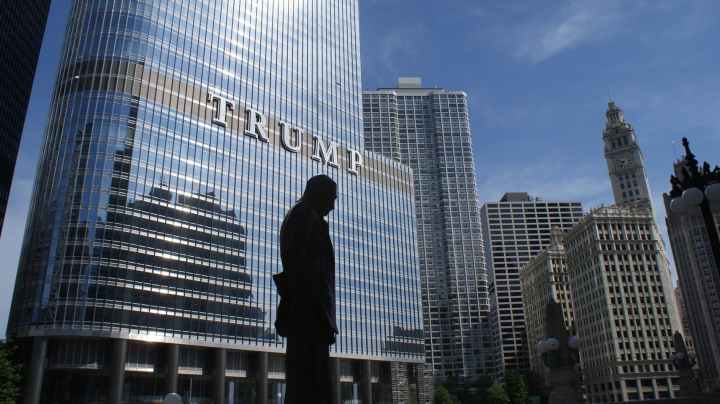 Mrs. Clinton’s attitude is highly unusual but commendable. In the coming weeks if not months much will be said about our own presidential elections but what lessons can we all learn despite our deep seated political differences? To start with the cost of organizing the 2019 cycle of elections is N242 billion which recorded a total voter turnout of less than a total of 30 million voters for the presidential elections in a country of 198 million citizens. From matters arising from the February 23 polls the next election cycle must have more of technology introduced and less of cumbersome paper work. The diaspora needs to also be factored in. There are over 260,000 documented Americans of Nigerian descent in the US. In the UK they are actually 201,184.

Put together including those elsewhere in the world our compatriots abroad are actually more than those that voted in the FCT last Saturday yet these same Nigerians remitted a total of US$21 billion back home in 2017 alone. Hilary Clinton dedicated her book to her campaign staff which she all named and thanked. She did not hide her resentment and explained how she had been coping since her loss. She also broke some furniture, smashed various household items and flung objects at her husband. It was all in a bid to get psychological closure. Moving closer home: how should Atiku Abubakar handle the results as declared by INEC? I have just read President Buhari’s acceptance speech and I am wondering how his supporters can look Nigerians in the face and still claim he is a man of integrity. Will they ever accept like Umar Yar’adua did that the process led by Mahmood Yakubu was credible?

That notwithstanding like Hilary declared in the conclusion of her book – “Keep going”. Simply put remain vigilant.

As I was saying before the elections: many relationships have broken down with so many friendships destroyed. Was it really worth it? Life however can always be summarized in just 3 words – it goes on. That is why for me the elections are over. I can now fully resume my hustling because I have got bills to pay. But for those of you who want to continue the political acrimony permit me to introduce you to Hiroo Onoda, a Japanese soldier who was deployed to fight the Americans on Lubang Island of Philippines in 1944 during the Second World War.

When the army base the 22 year old Onoda was serving was captured his good self with 3 others refused to surrender instead they retreated deep into the jungles. However by 1945 Japan had surrendered. The 4 soldiers noticed a lull in fighting and repopulation of the island but they nevertheless held on by eating stolen rice, coconuts and meat from stolen cattle from the isolated settlements of Lubang. The victorious Americans from intelligence reports were aware that the 4 were still carrying on the fight so they dropped leaflets from aircraft. They included photographs of the surrender ceremony, current newspapers from Japan and copies of letters from their various families. The relevant authorities also announced from loudspeakers the war was over but the tenacious soldiers did not bulge. They dismissed all those efforts as fake. Not until 1950 when one was killed by the Philippine army. Another in 1954. By 1972 another had surrendered with a message from Onoda that he would only be relieved from duty by his superior. So his commanding officer retired Major Yoshini Taniguchi had to be tracked down in Japan and sent into the jungles of Lubang. As soon as the now 52 year old soldier recognized his former boss he saluted him. He was then ordered to stand down and Onoda finally agreed to surrender. He rejoined civilization in his uniform that he had carefully preserved, carrying his rifle and remaining 500 rounds of ammo with his service sword after 30 years of active service. He is seen here handing over his prized blade to the then president of Philippines Ferdinand Marcos at the Malacanan Palace in 1974. The Samurai eventually left for Japan. He died in 2014 at his retirement farm house at the ripe age of 91. Coming nearer home the 2019 presidential elections will no doubt produce many like Onoda in Nigeria no matter the outcome from the INEC presidential collation center. The struggle continues.

50 years ago in 1969 Neil Armstrong became the first man to step on the Moon. Irrespective of who wins the presidential elections what lesson can we as Nigerians learn from the Moon landing? In 1957 the Soviet Union launched the first unmanned satellite to orbit the earth. By 1961 the Soviet Yuri Gagarin became the first man to orbit the world. At the end of the same year the Iron Curtain had launched 5 space shuttles. The Americans had none. That did not stop the American president JF Kennedy from declaring to his compatriots that “This nation should commit itself to achieving the goal, before the decade is out, of landing a man on the Moon and returning him safely to the earth”.

It was a tall order because the Americans had not even launched any manned satellite by then. That however happened in 1962 when the American John Glenn in 4 hours circled the world 3 times from an altitude of 162 miles. The normal cruising height of a commercial aircraft is 6 miles high. In 1969 Apollo 11 landed on the moon and successfully returned to earth after 8 days, 3 hours, 18 minutes and 35 seconds. The call sign when the shuttle landed on the Moon was: The eagle has landed. On the main screen at the Mission Control Center on earth Kennedy’s 1961 speech was scrolling followed by the words: Task Accomplished. The space race that started in 1957 was finally won by the Americans in 1969. The Space Center in the US was named after the Kennedy. The then US president was Richard Nixon his Republican archrival. The longstanding political bitterness between the 2 men did not affect the US space program despite the fact that the Democrat Kennedy had died in office 6 years earlier. The event was televised worldwide and broadcast on radio to millions of others including in the Soviet Union. Fast forward to Nigeria, a pathetically dysfunctional country where 60 years after national independence we are still eyeing each other through the prism of ethnic identity and religious affiliation. A country where State of Origin and not State of Residence is the major meal ticket cannot land on the Moon.

Ours is where a sitting president cannot give any cogent answer to the Almajiri problem because it might acknowledge his predecessor from the South in building special purpose schools in the North. Nigeria today needs a leader like Kennedy who will dream while awake and a Nixon that will cast aside political bitterness. The main leadership challenge in Nigeria is how to manage our diversity. What has happened the last few years is that Ijawization was simply replaced with Northernization. It is now time to break the jinx by externalizing our aggression like the Americans did with the Soviet Union. Nations develop when they have rivals to surmount. If there was no Japan there wouldn’t have been the Asian Tigers led by South Korea. India needs Pakiskan to excel and vice versa. Without Taiwan’s rivalry China would still be backward communist nation. Even under Murtala Mohammed the emancipation of Angola, Mozambique, Rhodesia and Apartheid South Africa was our rallying point. Without external rivals nations cannibalize themselves as we have been doing for decades. Leadership imagination is very crucial in turning the tide. Nigeria therefore needs a president that can think outside the box by creating an external rival that will unite us in a common purpose and direction. We can then land on the Moon instead of fighting each other.