The best way to contextualize the growth and transformation of Lagos is by looking at the same southeastern view of the Marina towards the Lagos Yacht Club across the strait separating Lagos and Victoria Islands centuries apart up to Wilmot Point and beyond.

I am surprised and disappointed that Lagosians have also been caught up in the crossfire of identity politics in Nigeria. I have always assumed the “Center of Excellence” was immune to the kind of xenophobic indigenes-settler dichotomy that has bedeviled the rest of our nation, Nigeria. This post is therefore inspired by the recent intervention of Omo Eko Pataki, a forum for “Original Lagosians” entitled; Lagos – The Imperative of Cultural Renaissance. I thankfully became aware of it courtesy of the esteemed Taiwo Ogunbote of Center for Human Capital and Democratic Development, an old Gregorian of Obalende and former officer of the New York Police Department (NYPD).

Anybody who is familiar with the history of Lagos would admit that the entrepôt has always been a culmination of external factors revolving around trade and commerce from its obscure days as an Awori fishing settlement to its hostile takeover by the forces of Oba of Benin that named it Eko (which means war camp), which the Portuguese seafarer renamed Lago de Curamo in 1472. 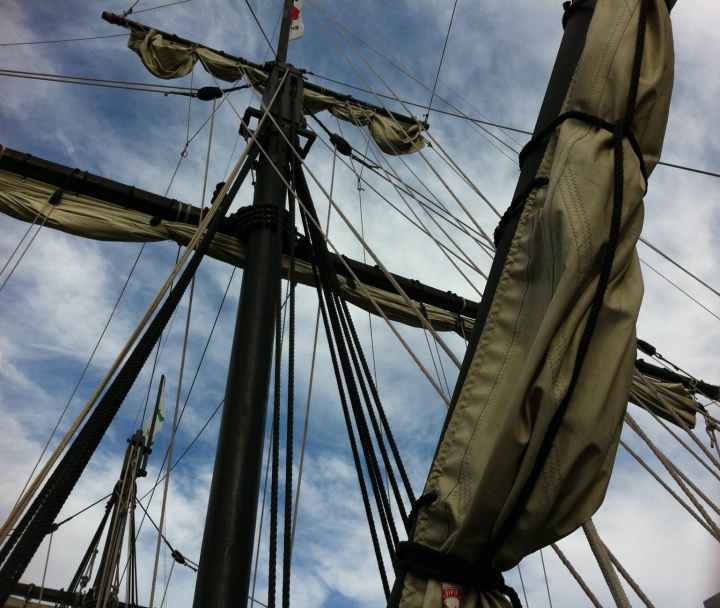 However, it was not until Royal Navy officer, John Beecroft in 1849 who became the British consul to the Bights of Benin and Biafra based in what was now anglicanized to Lagos; which became a major hub for the present South West hinterland, which had to bombarded to military submission by Her Majesty’s warships in 1851.

For Lagos to stabilize itself amidst the incessant crisis between the Akitoye and Kosoko ruling houses and transform the strategically located “swamps and lakes” port to the Atlantic into a commercial hub order had to be restored and a semblance of authority must be established. Simply put the Union Jack had to be hoisted. To pull that off 2 persons were crucial – Samuel Ajayi Crowther, who took up the matter at the British parliament through his fellow Anglican bishops and abolitionists at the House of Lords and Madam Tinubu who impressed upon the local elite the need to transit from slave trading to a more lucrative and less hazardous legitimate trade. 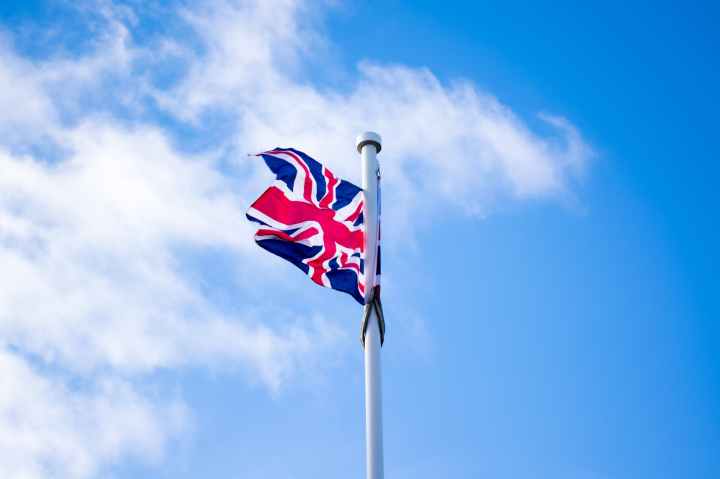 Bishop Crowther was from Osoogun in present-day Oyo state and Madam Tinubu actually Efunporoye Osuntinubu, an Egba of Owu ancestry from Ojokodo in present-day Ogun state. Arguably, without their intervention we probably wouldn’t know Lagos as it is today.

What has also been perhaps deliberately neglected in the history of the evolution of Lagos is the role of the amalgam of Hausa speaking people. The Male Revolt was a slave rebellion that took place in January 1835 during Ramadan in the city of Salvador da Bahia in Brazil. In Bahia, the Hausas were primarily identified with practicing Islam because they adopted the religion before coming over to Brazil. Over time however, with the Nago slaves they united to revolt. Some of the key figures important in planning the uprising were: Ahuna, Pacífico, and Manoel Calafate.

“The word Nago derives from the word Anago, a term that the Fon-speaking people used to describe Yoruba-speaking people residing in the kingdom of Ketu now in the present-day Benin Republic.”

The aftermath of the Male Revolt led to emancipation of slaves in Brazil many of which opted to return to Africa. In 1851, a pioneer group of 60 freed slaves chartered a ship for the then equivalent of $4000 to return to Badagry. These returnees became known as Aguda which by the 1880s constituted almost 10% of the population of Lagos. Others eventually joined the return to Lagos; the Amaro from Cuba and Saro from the Caribbean via Sierra Leone.

“On 21 April 1863, John Hawley Glover was appointed administrator of the government of Lagos Colony, he remained there till 1872. Glover formed the nucleus of present-day Nigeria’s Army and Police with 10 Hausa runaway slaves on 1 June 1863. The group was known as Glover’s Hausas or ‘Glover’s Forty Thieves’. Glover went to great lengths to develop bonds of personal loyalty with the Armed Hausas. He personally trained, commanded, and chose his successors, ensuring their loyalty. In return for their loyalty, Glover rewarded his troops with land and dwellings. He raised their pay and provided them with smart uniforms that broadcast their status of free men and agents of the British colonial government.”

Who are then the original Lagosians? 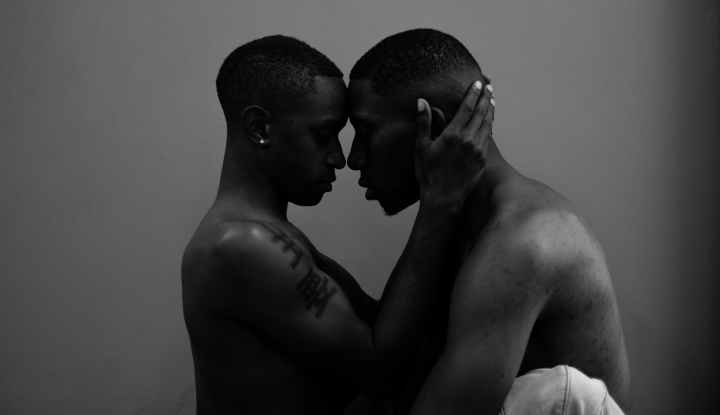 The Aworis or Binis or even the descendants of Glover’s Hausas, Agudas, Amaros or even Saros?

How do we situate the millions of Igbos in Lagos that arguably constitute one third of the population of Lagos? What about the Ago Awusa that were located between Epe and Itokin from where Madam Tinubu’s fifth husband Momoh Bukar hailed from before that Hausa camp was resettled in Alausa in present-day Ikeja?

Anyway the main grouse of Omo Eko Pataki is that; “the Governor of Lagos State, Mr Babajide Sanwo-Olu; his deputy, Dr Obafemi Hamzat, and many top political office holders in the state are not natives of Lagos State”.

They further contend that ”the senators representing the state at the National Assembly – Oluremi Tinubu and Solomon Adeola; Speaker of the state House of Assembly, Mudashiru Obasa; the Secretary to the State Government, Mrs Folasade Jaji; and the Head of Service, Hakeem Muri-Okunola, are also not from the state” also that the “legendary accommodating openness” that Lagos State is known for was becoming a curse, noting however that they would no longer watch the state become “a no-man’s-land” The forum also claims “Lagosians are now reduced to almost “second-class citizens on their native soil”
For me the fundamental issue at stake is; The Tragedy of the Commons which is described by Garrett Hardin in 1968 as “All human relationships involve give and take, all such relationships breakdown when one or more parties do too much taking and not giving” Apologies to the Gbaygi of FCT.

“Isale Eko translates to ‘bottom of Eko’, was so named because of its location south of the area called ‘Eko’ (later called Lagos). Isale Eko started as the home of Aromire, a pepper farmer who was one of the sons of Olofin, an Awori settler, who was the chief of Iddo Island and the first Idejo (landowner) of Lagos Island. Aromire’s farm settlement, which was the first home of the inhabitants of Isale Eko, is today known as ‘Iga Idunganran’ (The Pepper Palace), the palace of the Oba of Lagos.” It was from this palatial surroundings the Oba of Lagos in 2015 threatened to sink the Igbo if they voted contrary to his political preference.

In conclusion; Who build this Gada (Bridge)? This for me is a fitting metaphor for who built Lagos, a question asked by “Acksion Governor” Brigadier General Raji Alagbe Rasaki, the military administrator in Lagos 1988-1991 while inspecting a poorly constructed culvert over a flood channel. The Omo Eko Pataki needs to understand politics is a numbers game and must therefore skillfully negotiate their relevance even in their own domain by way of an issues based engagement. The 1999 Constitution is clear and unequivocal on the eligibility for public office and the right to residency anywhere in Nigeria. “Indigene-ship” is a colonial legacy for divide and rule.

Come October 1, it will be 60 years after national independence, so we shouldn’t be having this kind of conversation in our nation.