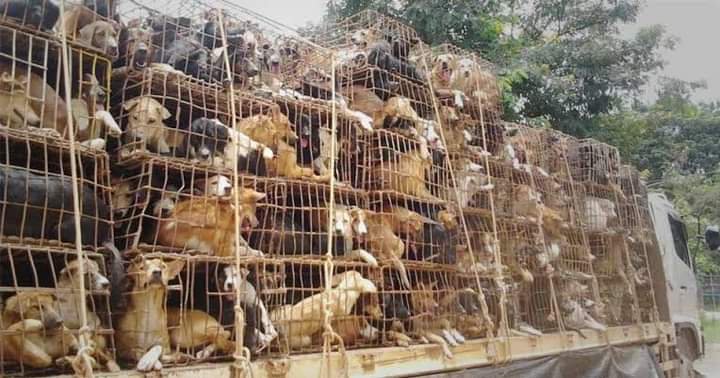 All roads might lead to Rome but all dogs are heading for Katsina as the State Government is to expend N300 million on them to secure schools. Who is supplying the dogs? Certainly none of Ejike Mbaka’s “three contractors” nor Eedris Abdulkarim via Festus Keyamo! Anyway, this laudable proposal might however start off dog rustling because some Nigerians particularly from …, ……., ….. and …… would have already started calculating the cumulative length of “Telephone wire” that would be roasted, fried or pepper souped. If you decode the 3, 7, 5 and 6 dots na you sabi! Now that negotiating with bandits has obviously failed are dogs the best way forward?

While canines are wonderful as temporary early warning mechanism they cannot be a permanent preventive measure. Dogs are not bullet proof. Katsina people should rather implore their kinsman in Abuja to wake up on the job to identify and root out the immediate and remote causes of abductions – nationwide.

After all that is what he was voted into office to do! By the way who will feed and maintain N300 million worth of dogs? I ask because in Katsina “members” are said to be mainly concentrated at the Mammy Market of you know where. Chances are that each time there is salary delay or month far a government owned Bingo or two might end up there! If so it will be just a question of time before man’s best friend starts turning out to be other men’s 404!