After succumbing to a fever of some sort in 1705, Irish woman Margorie McCall was hastily buried to prevent the spread of whatever had done her in. Margorie was buried with a valuable ring, which her husband had been unable to remove due to swelling. This made her an even better target for body snatchers, who could cash in on both the corpse and the ring.

The evening after Margorie was buried, before the soil had even settled, the grave-robbers showed up and started digging. Unable to pry the ring off the finger, they decided to cut the finger off. As soon as blood was drawn, Margorie awoke from her coma, sat straight up and screamed.

The fate of the grave-robbers remains unknown. One story says the men dropped dead on the spot, while another claims they fled and never returned to their chosen profession.

Margorie climbed out of the hole and made her way back to her home.

Her husband John, a doctor, was at home with the children when he heard a knock at the door. He told the children, “If your mother were still alive, I’d swear that was her knock.”

When he opened the door to find his wife standing there, dressed in her burial clothes, blood dripping from her finger but very much alive, he dropped dead to the floor. He was buried in the plot Margorie had vacated.

Margorie went on to re-marry and have several children. When she did finally die, she was returned to Shankill Cemetery in Lurgan, Ireland, where her gravestone still stands. It bears the inscription “Lived Once, Buried Twice.”

It is more than a shade easier for a girl to be corrupted sexually, than it is for a boy. A girl is naturally more endowed with the implements to lean back on and conveniently make a living off in the dark, more than her male counterpart.

Besides, her clients are naturally conditioned to pour in, in droves. Most times, the girls are culturally pressured to play along when economically tasked. It is a merry go round legacy they inherit and grow up to bequeath to their successors.

When they are hounded out by circumstances, covered and wrapped up in the uncertainty’s mist, they avert the gaze of morality and succumb, expectantly. The spurious infallible laws of most customs appear to be in one long corroboration mode with nature to shortchange the woman.
While the woman cannot fathom the unending impertinence to the legality of her fight, she recognizes them easily. To some degree, this dependency of hers is harnessed for her, such that she perceives them as right. She feels as virtuous as compelled.

On the other hand, the mans indignant antecedents are never realigning their reliability. Even when the woman excels and is allowed to glut, she endlessly feels more of a consultant than a senior employee in this living enterprise. It isn’t an issue of semantics or shades, it is purely double standards by nature. It is as simplistic as that. It never ceases, even when possibilities are marginally upped or proclaimed.

Even when the possibilities that abound for her are marginally upped or proclaimed and redeemed, they continually humiliate her painstaking efforts still. But the woman is nevertheless passionate in her continuous efforts, never abandoning her tedious trials.
Yet at the peak of her fiercely gotten triumphs, her rich tapestry would still feel like her man’s discarded rags. It feels destined that men will manage to mount the wild cow of the woman’s fears and boldly grab her swaying horns into submission.

The irony of it all is, at the right time for her to make a decision to split open his dominance, she never actually does. Instead, obsessed by her peculiarity, she omits to be steadfast, prune her potentials, squint naturally, not wink pretentiously. His sun shines on as her eclipsed moon and leaves no traces again.

As far as life is concerned, the sole weapon nature endowed her with is submerged within her and confined to her thoughts only. The very core of her difficulty is a theorem nature had solved long ago, which time and man hadn’t yet changed, though they never don’t stop trying. 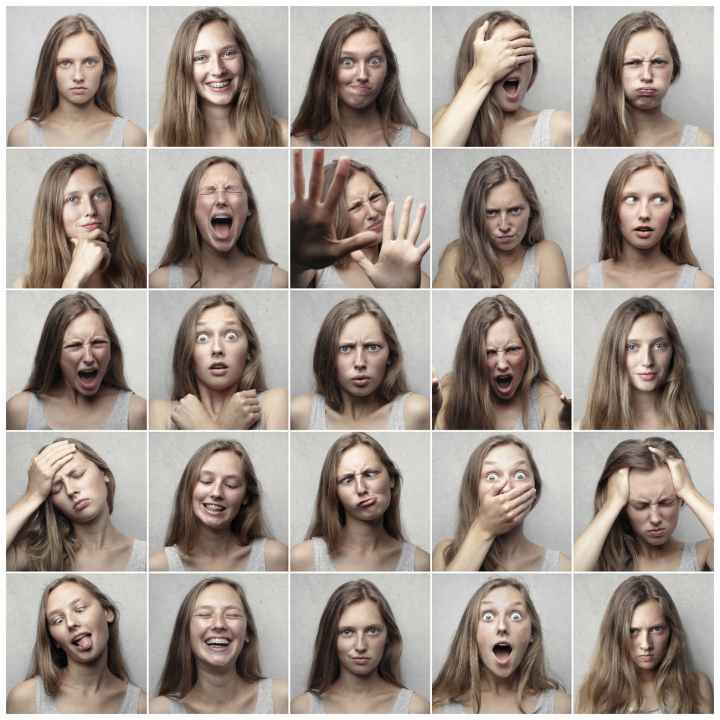 The man cannot ever emotionally harm himself with pictures of the woman he conjures up his mind. It is only this folly he might choose to try to cringe from, he is either hooked up or not. His broken heart is misinterpreted to atone nothing and to wrestle away from his dominance, the undercut tactics the woman can resort to and rely on; tends to neglect the fact that it cant quench the thirst it slakes.

The woman remains the smelling monstrous carcass in the mans dreams. He only needs to wake up every morning and go on with his life. She is only an eye witness to his dreams and cannot step into his living world, unless he decides to enroll her. The turbulence that is her apprehension for some control gathers momentum to be slighted.

The key central delight the woman enjoys the most for all time is her procreation grant, and only because the natural trepidation of time uses her with it. Even then the consternation involved in bringing forth a physical marvel someone else had sired inside her, is apathetic. It is like a badly crippled spider delighting on the spoils provided by another spiders cobwebs. She endlessly baffles at how easily her active role is truncated. The passive contribution of the man hinders the glory of her pain.

Unclouded by the impersonation of her man, in the flurried act of birth, the fierce heat of subtle neglect by tradition always insults her ultimately. The man ever lives on, strutting along in accepted honour for just being a cameo of sorts. While the woman can merely dramatize her emotions, still only skeptical whether she is honoured or not, abhorred or exalted. She never really knows and can tell quite little.

The diatribe lingers, intruding incessantly on her real position as the harbinger of life and love. She has to rely on this bias acceptance which she is infinitely chastised and castigated for. It is perplexing how the eccentricity of the situation belittles her, when it should celebrate her. But there is an eternal good in all this, granted that this portrayal seduced her. It understandably ought to make her deficient of undying love. It would make anyone else inescapably furious. Being so indulged in this solitary abstraction is quite punitively irritable. Dot on the spot, it scotches logic with tentative and doubtless ease. Still well acquainted with not just insinuated, outrageous accusation of it being a mere tool and not the worker, she remains doggedly devoted.

She exhibits an earnest and distilled shine of love and extraordinary dedication. Trembling with genuine affection she actually reinforces her floundering faith in her man, lavish him with some more of her branded selfless love. The spontaneity of which is not tarnished with any misplaced aggression on her part. The calculated belittling of her is conspicuous. But the conviction of all this natural, as well as artificially crafted cruelty notwithstanding, it triggers off what become a bloom of mild beautiful eruption. 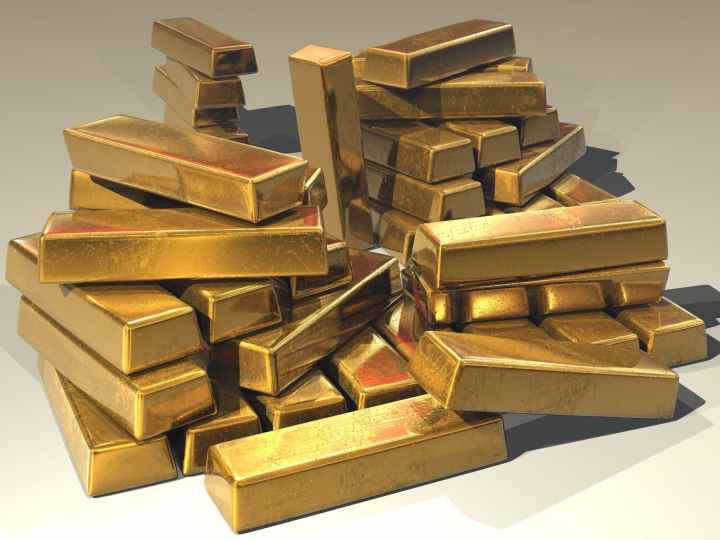 Regardless of whether the woman is treasured and receives a big bequest, she is fascinated by her masculine distractor. Her dedication may stumble and still it deepens into an overall vital part of the mans wellbeing. She delved into living this way fully, only hesitating to sparingly investigate a partner. Whether she unearths a chunk of coal or a gold nugget, is inconsequential to her. She gives the man his ratcheting room, to make up his mind if he would harm or protect her and her interests. Rather than dawdle about, wondering which kind of person he will be, she decides which kind of person she is.

It is a fact that children love to hear a ‘WHY STORY’ most of all. I learned this by complete chance and this revelation had set me on my greatest literary adventure yet.

A ‘WHY STORY’ is a very believable fictional story about why animals exhibit certain biological and behavioral characteristics. For ages adults told these sort of stories to their children and used them to thrill, entertain and educate them.

YOU & YOUR CHILDREN WILL BE HOOKED.

When my grandson was a couple of months away from his fourth birthday, he thought sleeping was some sort of punishment. He dreaded going to bed and we could only put him to bed after he nods off to sleep in a chair or on the floor, while playing with his toys. When he rarely gets into bed awake, only imaginary reptiles and small animals lurking on the floor, would keep him in bed until he sleeps off. He was terrified of small animals but regards squashing tiny insects his birthright.

The boy loves stories and adores hearing them, like most children do. He also likes telling stories himself, in his childish nonsensical style. The first time I told him a ‘WHY STORY’, he loved it so much that he told everybody else. Going to bed became much easier, with a promise to tell him a ‘WHY STORY’. He always has questions and these gave birth to another and yet another ‘WHY STORY’. He got into bed with little prompting and sleep time became a lot easier for all of us.

A ‘WHY STORY’ thrills and entertains children, it also educates them on the simplest things and builds their imagination. Read the words creatively, at the level of the child. Add a bit of something here or there, to make it more fun as the words paint pictures in the child’s mind. Few children stay awake after a ‘WHY STORY’ ends and they always want to hear it again and others like it, over again.

This Valentine and always afterwards, read your child a ‘WHY STORY’.

HERE ARE TWO GREAT STORIES TO START WITH-

WHY LIZARDS CRAWL:
Lizards were lazy creatures and got their name for their laziness. They walk slowly on two legs and were not as fast as dogs, who had always walked on their four legs. The Lizards have sharp crafty tongues and can talk themselves out of any trouble, but are not quite smart. That was long before they had to scurry about in secret places, crawling in sneaky fashion, hiding away from everybody else.

WHY CHICKENS WALK:
There is a simple tale behind why chickens do not fly like most other birds do and it is the story of a young boy who wanted to have more fun than it is safe to have. Chickens were wise brave birds and once had long thick feathers in their wings, when they flew as high as eagles. Chickens were the oldest flying birds in the world back then because it took them long to grow thick feathers in their wings.

The bold prints and simple words in these books makes it easy for children to read themselves, in due course. The captivating tale encourages children to improve their reading skills.

Adults and children alike, enjoy reading, telling and hearing a ‘WHY STORY’. 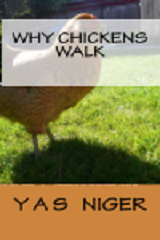 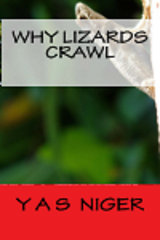